Skip to Content
By continuing to use this site, you agree to the use of cookies. Find out more
0

E. R. Traina wrote her first novel when she was eleven. It was a fantasy story set in Stone Henge, which at the time she believed to be in Cornwall. She saved it on a floppy-disk and gave it to read to a boy she fancied. He didn’t read it, but passed it to his mum, who was an Italian teacher. She was the first of a very long list of supportive women who motivated her to keep writing.

She won her first national poetry competition at 16 and her second at 22, with her poetry collection Tre Concerti being awarded the Primavera della Poesia Prize, dedicated to Alda Merini. She was also one of the selected Italian poets for the Milan Rain of Poems by Colectivo Casagrande in 2015.

She received her MA in Literary Translation at University of East Anglia, in Norwich, where she started a career in public libraries while working on her creative projects.

She wrote the Italian version of Amarantha between 2015 and 2018, and published it with a small press in Italy. She regained the rights to the novel in 2019, which by that time had been selected to be re-edited and published in translation by Kurumuru Books.

During the pandemic, she took a year off living and working in the UK to stay closer to her family, so she moved to Turin to gain a Diploma in Contemporary Humanities at the Scuola Holden, where she experimented with writing for other media.

In October 2020, her short story L’Isola di Qua e l’Isola di Là was awarded a €2000 prize for best children’s short story at Il Racconto nel Cassetto Award; and in March 2021 she was one of the nine selected scriptwriters for the prestigious Premio Sonego Residency with her first script for a short film, The Morning After. In April 2021, she was selected for a 13-week international digital residency with Piccolo Teatro during which she produced her first dramaturgy in Spanish, Campana sobre campana. She is now working on a social realist novel set in Great Yarmouth in 2018, Quel luogo di cui solo noi sappiamo, which explores the close relationship between an Italian library assistant and a Portuguese young man and his disabled brother.

She is an independent researcher in Creative Writing Studies, investigating the theory, pedagogy and practice of creative writing in non-anglophone countries. She hopes to write a PhD thesis on the same subject, one day.

A decent singer and guitar-player, and novice accordionist and singer-songwriter, she has been seen and heard busking in the streets of Norwich, Milan and Turin. Who knows where to, next.

To learn more about the author, visit her website: www.amarantha.land 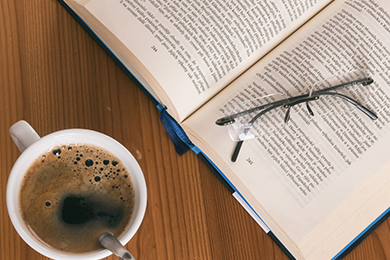 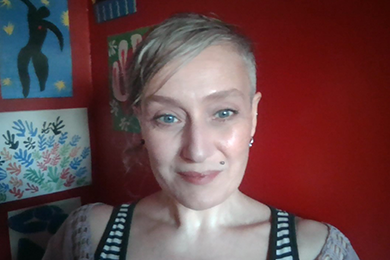